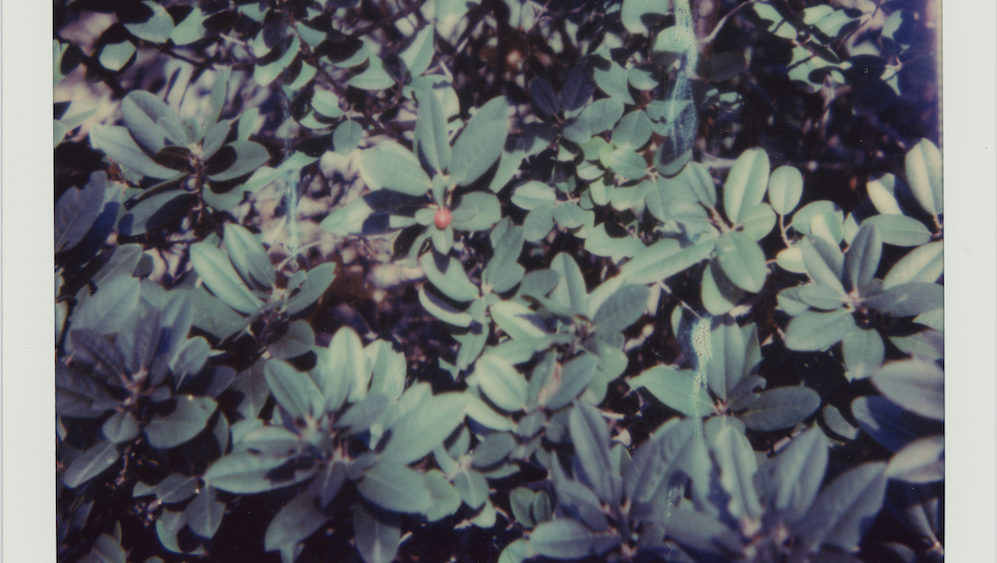 Every other day of the winter 2020 school quarter, Marcus Cocova, a journalism junior at Cal Poly with dual minors in photography/video and environmental studies, sat in his conservation biology class in awe. He learned about population resilience, endemism in California, and the vast biodiversity of our planet – he already had the intention to teach about climate change through his artwork, but this class sparked something deeper in him.

Cocova was in an editorial class partnering with CCSPA to create web and print materials when he came up with the idea for a California native plants project – a series of polaroid photographs featuring different plant species, native to California. This project was a blend of his passion for both photography and the natural world.

Cocova said he became obsessed with instant film after sitting down with a variety of artists showcased by Cal Poly’s art department. When he had his portfolio reviewed by artist and curator Aline Smithson and artist Adrienne Hughes, he held on to two things they told him: that his work “highlights that everyone matters,” and he should rule out “the idea of something being conventionally beautiful” and photograph what matters to him. They both encouraged him to pursue what he was going toward, as well as shoot more film.

“At that point I had really only taken what I considered to be snapshots (that were tucked into a random sleeve in my portfolio),” Cocova said.

And now he continues shooting film. When he realized he’d need a better camera, he upgraded from the QPS to the Spectra Pro, and has discovered a recent love for Fujifilm Instax.

Cocova is currently waiting for feedback on his other instant film work which he shot after this project, hoping it will be hosted for a solo-show on the East Coast.

Below are direct responses I received from Cocova about the project:

What do you hope people will gain from your photographs?

Traditionally, in the pre-digital photo age, instant film has been reserved for in-studio test-shots and consumer uses (like the snapshots I had been taking before the portfolio review). To me, the idea of the use of instant film to photograph any subject has connotations of “nowness.” You frame your shot, check your elements, push the button, and the image is in your hands. We live in this incredible age of digital EVERYTHING. It’s nice to have something we can hold, and touch, and feel, and truly experience. This aligns with my views on the natural world. It’s here, it’s now, we can find it all around us and appreciate our ability to interact with it. The idea that we face losing so much of it breaks my heart. I hope to influence others to see that “nowness” and the need for preservation and conservation.

Additionally, I once heard photographer Tyler Shields explain that “if you can get it right in your camera, you will have gotten it right.” So, as a photographer, it’s incredibly validating to compose an exposure that is appealing and capture it with the limited opportunity that this film type offers.

What kind of challenges did you face?

Instant film can be incredibly tricky and the format I was shooting on was very expensive. You receive 10 shots for around $25. The margin for error was very slim. I still believe that I haven’t totally completed this project, but along with the theme of nowness, decided it best to temporarily conclude it while I continue shooting and learning. As image makers, our pictures won’t do anything if we refuse to share them. 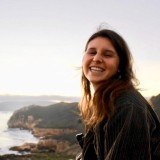 Charlotte Ross is a journalism major at Cal Poly, with dual minors in Spanish and biology with a concentration in wildlife and biodiversity conservation. She has lived on the Central Coast her entire life and loves every aspect of nature that surrounds her. She hopes to give back to the planet through writing about all of its unique aspects and sharing her findings with others.